Benjamin is a veteran of the United States Marine Corps. He’s lived in his home for sixty years. He and his wife were some of the first Black residents in their neighborhood, and they were able to buy their home through the GI bill. Benjamin has, in recent years, had to deal with a serious decline in mobility. After two hip surgeries, he now has to use two canes to get around, and he and his wife’s fixed income was just enough to see them through his recovery process.

Unfortunately, the floors in Benjamin and his wife’s home were in poor shape. The boards were coming loose and starting to splinter, posing a serious fall hazard. The Rebuilding Together DC Alexandria team was able to come in and secure and refinish the floor, plus they weatherized the doors and windows, and added security hardware to the front door. Finally, they were able to repoint the mortar on his home, securing its structural integrity and allowing Benjamin and his wife to stay in their home for years to come. Benjamin feels safer and more comfortable thanks to the hard work of the Rebuilding Together team. Thanks to all of our supporters for helping us give Benjamin and his family the safe and healthy home they deserve!

Repairing homes is our tool. Rebuilding lives is our mission. Our volunteers and sponsors give us the opportunity to transform neighborhoods in Washington DC and Alexandria into vibrant places – restoring pride, dignity and hope in our communities.

"A typical American family spends nearly $2,000 per year on their home energy bills. Much of that money, however, is wasted through leaky windows or ducts, old appliances, or inefficient heating and cooling systems. The Energy Saver Do-It-Yourself (DIY) Savings Projects offer easy, step-by-step instructions to home energy efficiency improvements that will save you energy and money."
Explore DIY projects at the link below!
... See MoreSee Less

Rebuilding Together DC Alexandria is hiring for the full-time position of AmeriCorps Project Coordinator. Gain experience in nonprofit work and programmatic duties at one of the best Rebuilding Together Affiliates in the country! Meet with clients, manage critical repair projects, oversee volunteers, and more.
Apply and read the full description here: apply.workable.com/rebuilding-together/j/E12FDDCF26/
Start Spring 2023: Between May 1-14 or June 1-14, 2023
The AmeriCorps Member will receive a salary, an Education award, and a High Cost of Living stipend. ... See MoreSee Less

Thank you to everyone in our [Re]builder Family for your support of our work this past year. In this report, you’ll read about the impact you’ve had on our community in FY 2022. We hope you continue to invest in Rebuilding Together DC Alexandria, your neighbors, and your community. Thank you.

Every dollar makes a difference to a neighbor in need.

There are many ways to get involved. Fill out this form to learn more about our different volunteering opportunities. 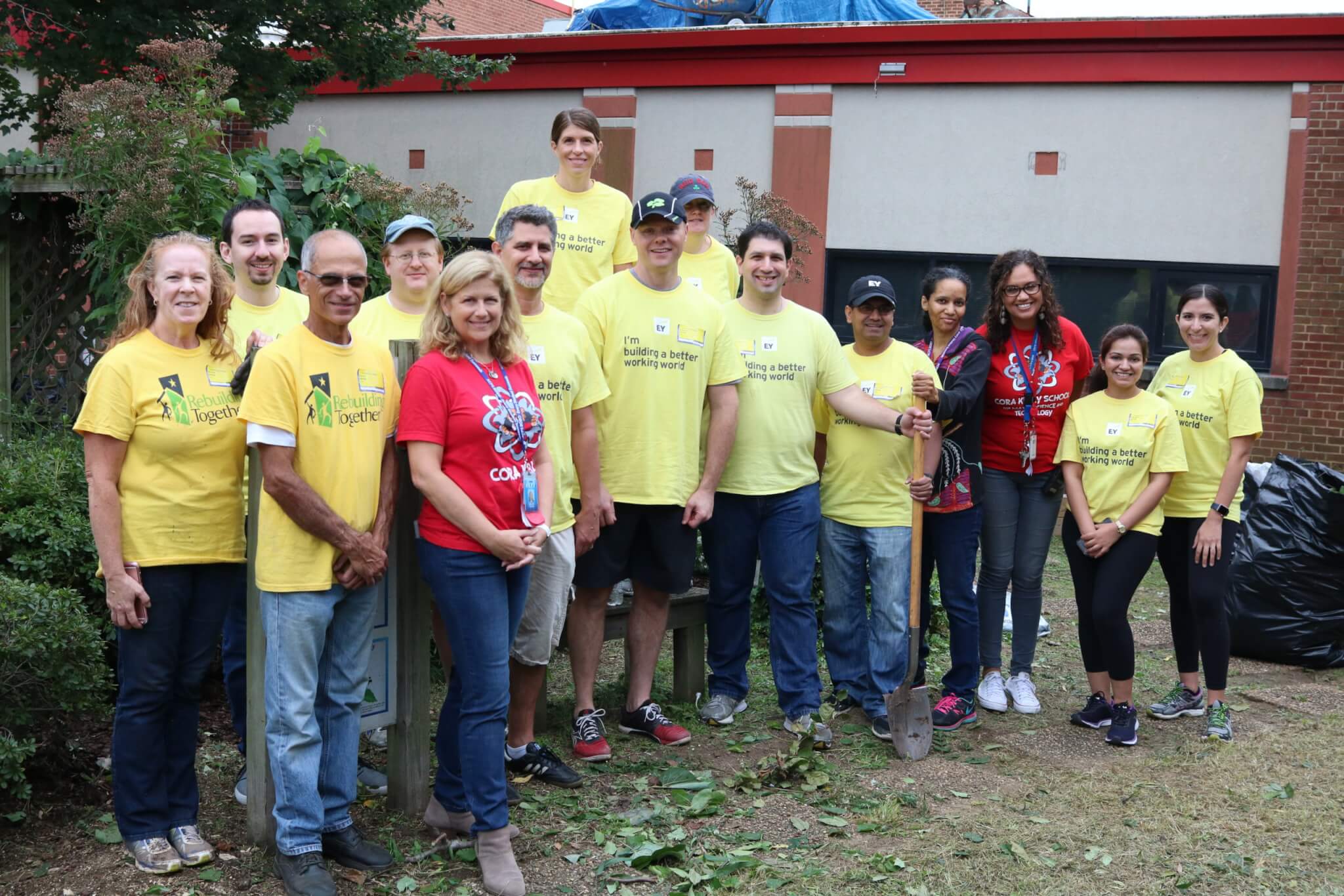 Become a [Re]Builder today and give a neighbor a safe and healthy home!